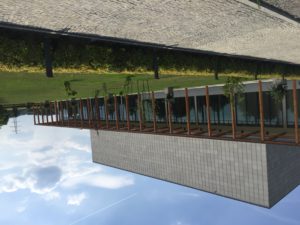 Today was our first day at the Penderecki Center! We were able to get up pretty late that day, as there wasn’t anything planned immediately that morning. We got our first taste of the food at the Penderecki Center, which was delicious! After breakfast we had some free time to do whatever we wanted before morning rehearsal, which went fantastically. 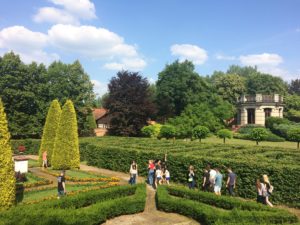 After lunch we headed over to the Penderecki estate to visit the gardens there. They were beautiful, and the highlight for me was definitely the hedge maze in the middle of the gardens. It was a little long, but that didn’t make it any less enjoyable. 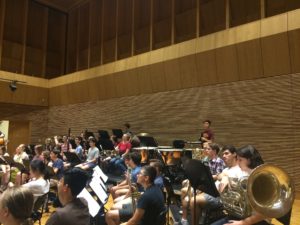 Around 7:00 it was time to get ready for the concert. The concert was in the Center itself, and there were quite a few people there. The Poland vs. Senegal World Cup game had been going on (Poland lost unfortunately), so we moved the concert back an hour, but that didn’t stop people from showing up.

The concert was a success, in my opinion. We went really strong into the concert, and everything went really well! 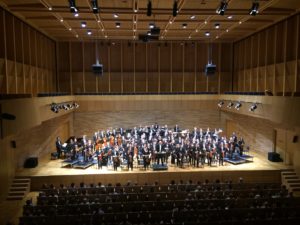 One thing that stood out from this concert that was different than the others was the applause. Apparently in Europe when the audience believes the orchestra should play an encore, they begin clapping in unison. It’s a high honor, and it happened several times! We were only too happy to oblige, and we got to play both of our encores. During our last encore Maestro came out wearing a Polish soccer jersey, which I thought was hilarious. We ended our day with a dessert social in the cafeteria.