Kids and families sang, danced, and enjoyed stories at Concert Orchestra’s third annual Sing-Along Concert. Led by GTCYS conductor Mark GTCYS and in partnership with Music Together in the Valley, this concert uplifted more than 650 toddlers and the young at heart from across the Twin Cities.

Walking into the concert, it was clear this was going to be a fun one. Concert Orchestra was dressed in pajamas, and the front of the stage was lined with stuffed animals. Laughter and joyful shrieks echoed throughout the hall as families settled in. Concert Orchestra opened with a medley from Frozen, then launched into a flurry of songs from Music Together in the Valley’s songbook. Concert Orchestra students worked with MacPhail instructor Dr. Sarah Miller to arrange the songs for orchestra. They learned about voice-leading and harmonization, and worked in groups on the arrangements. 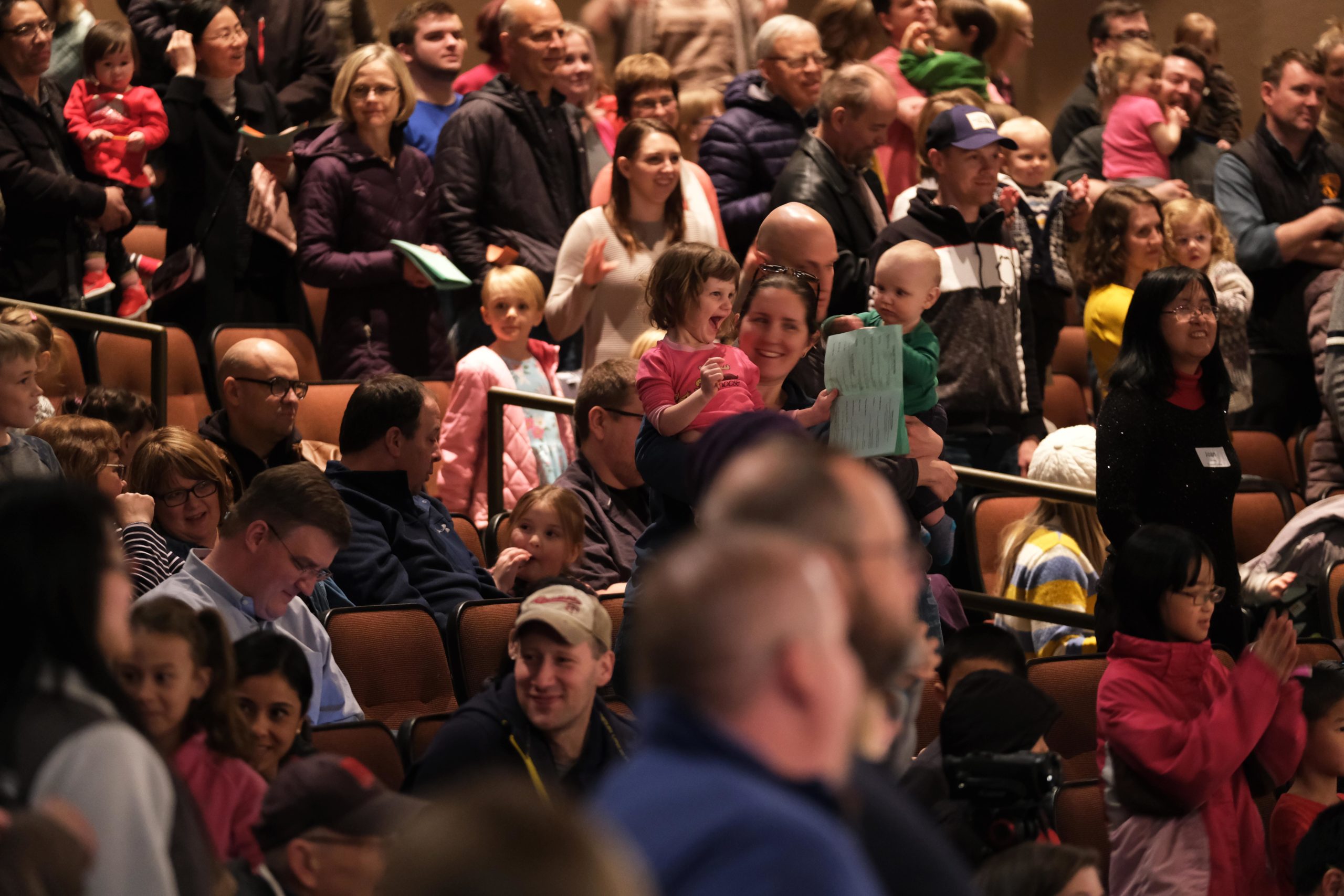 Led by student song leaders from Concert Orchestra, kids danced in the aisles and sang with their parents throughout the concert. The audience was also treated to a special reading of Mo Willems’ BECAUSE by Alaina Johnson, a Washington County Librarian. The concert ended with a lullaby sung by Music Together in the Valley song leader Linda Brasaemle, and one final piece from Concert Orchestra.

This special concert left everyone smiling and dancing on their way home. And who knows? The kids dancing and singing at this concert may one day be playing at Orchestra Hall with GTCYS.

Be a kid again with these highlights from the concert!