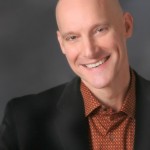 Whether conducting contemporary masterpieces or bringing fresh insights to the symphonies of Mozart, Beethoven, or Brahms, Mr. Smith demonstrates consummate musicianship and enthusiastic commitment to the art of music-making – qualities that have endeared him to audiences and musicians alike. He joined GTCYS as Artistic Director in 2012 with nearly 30 years of experience conducting and teaching. Under his leadership, GTCYS has experienced heightened artistic success, student engagement, and a mentor project with the University of Minnesota. Mr. Smith also holds positions as Artistic Director of Orchestral Studies at the University of Minnesota (since 2007) and Music Director and Conductor of the Quad City Symphony Orchestra (since 2008). Previous positions include Director of New Music Projects for The SPCO and Conductor of the Richmond Symphony Orchestra.

In the winter and spring of 2012, Mr. Smith was the instigating artistic force behind the University of Minnesota School of Music’s Britten Peace Project, which combined musical and historical study and community engagement, culminating in critically acclaimed performances of Britten’s War Requiem in Europe and America, collaborating with German and American music students, professional musicians and the Nobel Peace Prize Forum. As a guest conductor, Mr. Smith enjoys a burgeoning international reputation that has brought him engagements and re-engagements with prestigious American orchestras, including the St. Louis Symphony, the Houston Symphony, Minnesota Orchestra, and The Saint Paul Chamber Orchestra. A champion of the music of our time, Mr. Smith led The Saint Paul Chamber Orchestra’s Engine 408 series, working closely with living composers and adding his unique perspective to enhance the orchestra’s great tradition of fostering new works. He has collaborated with YoYo Ma and members of the Chamber Music Society of Minnesota in Hún Qiáo (Bridge of Souls), a concert of remembrance and reconciliation featuring world premieres by Korean, Japanese, Chinese and American composers.

Mr. Smith grew up in a musical family in Phoenix, Arizona where he began the serious study of conducting while still in his teens. He is a graduate in cello performance of the Juilliard School, where he studied with Claus Adam, and of the Curtis Institute of Music, where he studied conducting with Max Rudolf and Otto-Werner Mueller. Mr. Smith resides in Minneapolis, where his wife, Ellen Dinwiddie Smith, is a horn player with the Minnesota Orchestra. They have two sons, Alexander and Noah. More at www.markrussellsmith.net.